This is the third and final part of my series on the 2014 Texas gubernatorial race. The first part, written in the spring of 2014, introduced the two Democratic candidates for governor and lieutenant governor. The second part detailed the candidate rally I attended in the summer of 2014.

Alessia and I after Wendy Davis visited our office.

It’s been almost one full year since the 2014 midterm elections, one year since Democrat Wendy Davis lost her race for governor of Texas, and one year since I took my first swing at politics. If you would’ve asked me in the spring of 2014 whether or not I’d work for a campaign, I would’ve told you, “Of course not. Why would I do that?”

But I went ahead and did just that. After stumbling upon a rally celebrating the anniversary of Wendy Davis’ landmark filibuster in support of Texans’ reproductive rights, I found myself on a list of potential volunteers for her campaign and received calls while I was a summer debate camp at UT Austin from Battleground Texas, the field arm of the Wendy Davis campaign, trying to get me to volunteer. While it’s not shocking for a political campaign to attempt to tap into enthusiastic supporters, what is shocking is that I said yes… and brought Alessia, one of my best friends, along for the ride. 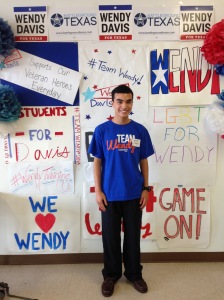 Right before Fellows Training at the campaign headquarters.

As soon as I came home from debate camp, I called back the field organizer for my county and Alessia and I found ourselves in our county’s Democratic Party office for an introductory meeting. It was the first of many, and over the next month we learned about phone banking (calling people the campaign identified as possible Democratic voters), block walking (knocking on doors to convince people to vote), “cutting turf” (preparing packets of houses for volunteers to visit), and other essential data-driven campaign tactics. On top of those meetings, I went to two region-wide summits—one open to volunteers and another only open to fellows on the campaign—all by myself, learning so much more about how campaigning works. And then there were the events: the small rally outside the office when Wendy Davis dropped by, the book signing for her memoir at a local bookstore, and the debate watch parties.

As summer turned into fall, I quickly rose in the ranks, moving from a regular volunteer to a senior fellow, the youngest one in my area. Campaign work became something I did alongside my schoolwork, and it created (rather, cemented) a perception of me within my school as a liberal activist, since I was definitely the most vocal and visible Wendy Davis supporter in my entire school. Looking back, even though being a senior fellow on the campaign was oddly (and sometimes unnecessarily) stressful and not sleek and sexy like I imagined it, I’m so incredibly glad I took the opportunity because I learned so much in those few months on the campaign. And while these five things aren’t all I took from my experience, these are the five I’d like to share with you today! END_OF_DOCUMENT_TOKEN_TO_BE_REPLACED 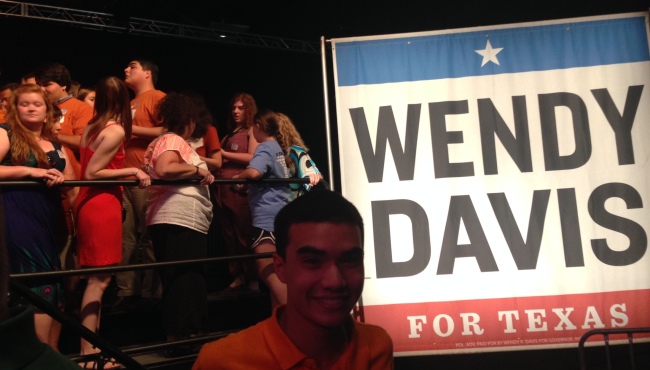 This is Part 2 in a series about the 2014 Texas gubernatorial race, The Battle for Texas. Read “Part 1: Meet the Democrats” here.

Yesterday marked three months until Election Day 2014 in the United States, and in Texas that means a very important race: the gubernatorial race between Democratic darling state Senator Wendy Davis and her Republican opponent, current Attorney General Greg Abbott. The Texas Democratic Party has never been more energized, and as both campaigns are preparing to go into full swing coupled with the national attention on Texas politics for the first time in a long time, the 2014 race could never be bigger.

This past month, I had the opportunity to see Texas politics up close and personal. From June 26 to July 16, I attended the University of Texas National Institute of Forensics (UTNIF), a three week debate camp in the heart of Austin. While it wasn’t explicitly related to politics—although all of us stayed in touch with big political events, especially the disappointing Hobby Lobby Supreme Court ruling—my journey in Texas politics officially began around the same time UTNIF started.

END_OF_DOCUMENT_TOKEN_TO_BE_REPLACED

This is Part 1 in a series about the 2014 Texas gubernatorial race, The Battle for Texas. 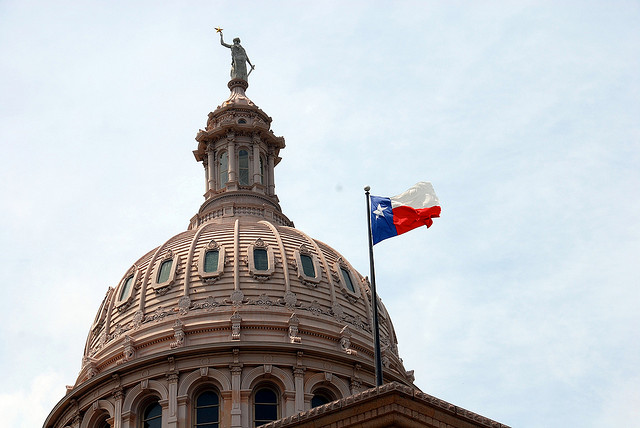 On Tuesday, March 4, all eyes in America were focused on one state: Texas. People across the state cast ballots for their party’s primary election, leading to some very interesting results from both the Republicans and the Democrats. The current governor, Republican Rick Perry, is stepping down, leaving the Governor’s Mansion in Austin completely open. (As a disclosure, I personally align with the Democratic Party, and I very much hope to see the Democratic Party win this November.)

The beginning of the battle for Texas really begins in June, when State Senator Wendy Davis (D-Fort Worth) launched a dramatic 11-hour filibuster to block extremely restrictive abortion restrictions in a special session called by the governor that would ban abortions after 20 weeks and impose unnecessarily stricter regulations on abortion clinics and doctors who perform abortions, closing all but 5 abortion clinics. To stop House Bill 2, she had to speak continuously until midnight.

By Texas filibuster rules, she had to stay completely on topic, couldn’t eat, drink, or use the restroom, and not lean on any desk or chair. After three strikes—first for referencing the Planned Parenthood budget, second for having a fellow senator help adjust her back brace, third for referencing the Texas sonogram law—her filibuster was abruptly ended at 10pm. As the Republicans in the chamber hurried to pass the bill, Democrats challenged lieutenant governor David Dewhurst’s ruling that Davis violated Texas filibuster rules, culminating in State Sen. Leticia Van de Putte (D-San Antonio) slamming her male colleagues and a 15-minute “people’s filibuster” where a packed gallery delayed the vote to stop the bill’s passage.

Governor Rick Perry immediately called a second special session to pass the abortion restrictions, and after making its way to the Supreme Court, a 5-4 decision to not interfere with Texas’ abortion bill allowed the state legislature to set the bill into effect. The last rural abortion clinic closed within the past week.

END_OF_DOCUMENT_TOKEN_TO_BE_REPLACED

Today, the 44th President of the United States, Barack Obama, was inaugurated for his second term. 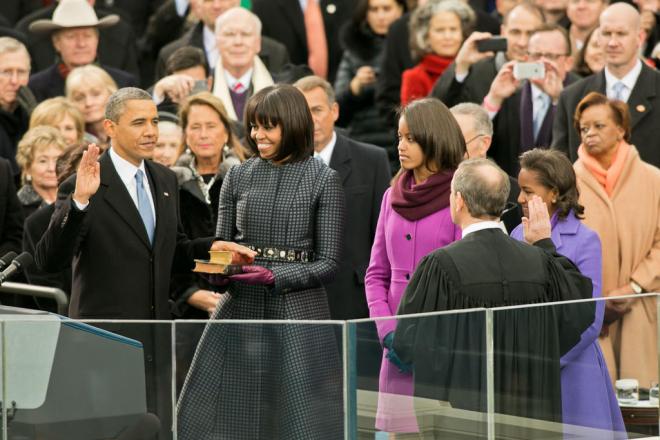