I landed in Los Angeles on June 30. As I mentioned in previous posts, June 30 is the last day for the June session of Camp NaNoWriMo. I was 3000 words behind the goal of 50,000 words. I had my laptop on the plane with me, and I honestly did my best to work on it while I was on the plane but I couldn’t finish before landing.

For the first week of my trip—the LA portion—I stayed with my Tita (aunt) Chabeth and Uncle Glen. They live in Camarillo, a quiet and safe area over an hour away from downtown Los Angeles, and naturally Camarillo was my “home base” for the first part of the trip.

On the drive from Los Angeles International Airport, I finished the last stretch of my Camp NaNoWriMo novel right as my laptop’s batteries died. I may never say this again, but thank you LA traffic!

Arriving at their house was wonderful! The air was cool and crisp, and it didn’t make you feel like you were about to melt! The change in temperature was not just welcomed, but openly embraced. Tita Chabeth and Uncle Glen heated their pool in anticipation for my family’s arrival—I felt a little bad because I don’t like to swim—and they had been preparing dinner for us as we drove through heavy traffic.

One of the really cool things about Tita Chabeth and Uncle Glen’s house is that they have their own vegetable garden as well. The squash, tomatoes, and other vegetables all came from their own home. Why pay for vegetables coated with pesticides when you can grow organic ones at home? 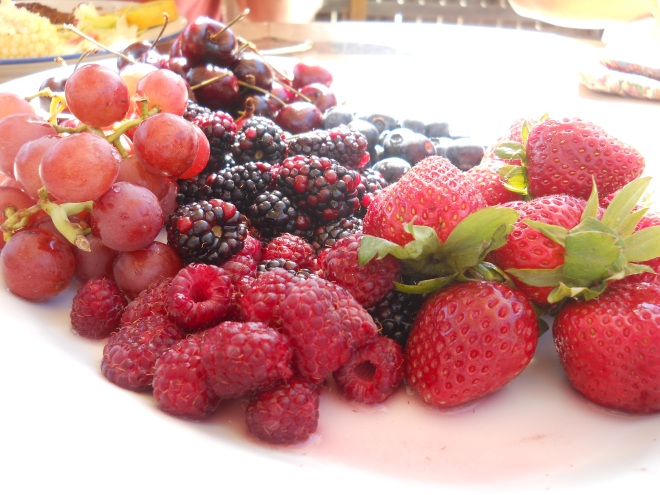 Tita Chabeth told me that she bought fresh, organic fruits earlier that day for us. Then she put down on the table a large plate filled with grapes, raspberries, blueberries, cherries, and the sweetest strawberries I’ve ever tasted in my entire life.

Uncle Glen pulled off steaks and grilled squash, peppers, and zucchini off the grill as Tita Chabeth brought in a large wooden bowl filled with salad. “I marinated the steak overnight,” Tita Chabeth told all of us. 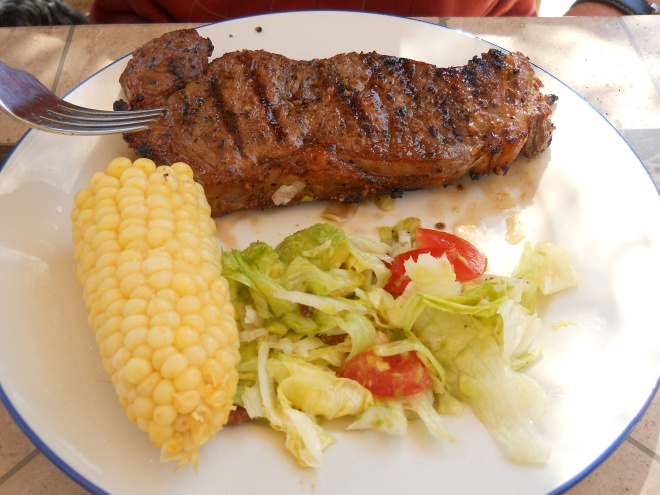 My younger brother Jude enjoyed playing with the two twins (Tita Chabeth and Uncle Glen’s sons), Zach and Ethan, who were only two years younger than him. This was a huge improvement from when we stayed at Lake Tahoe a few years ago—Jude used to always fight with them!

“J,” Tita Chabeth said to me, “we’re going to have so much fun tonight! We’re going to a Michael Jackson concert in the park!”

My mom wasn’t too thrilled about this, being in a park and all. (I wasn’t either, but I didn’t say anything.) Tita Chabeth said she had her own outdoor chairs sitting there for days, and reluctantly, we went.

One of the most shocking things to me about Camarillo is the sense of community there. The park was filled with people for the Michael Jackson tribute concert, and these aren’t occasional events. Every week, there’s something going on in the park. Uncle Glen told me that there’s usually a rotation of a movie one week and a concert or similar event the next week. I also found it really amazing that Tita Chabeth and Uncle Glen (and the twins, for that matter) knew so many people in the park. I’m not close with my neighbors at all, partly because I didn’t go the public elementary school across the street from my house.

I was quite surprised. I actually enjoyed myself there at the park! Tita Chabeth and Uncle Glen brought a large picnic basket filled with fruits, crackers, cheese, chips, and a bottle or two of wine.

The person on the stage singing the Michael Jackson songs and dancing like him was surprisingly good. I’m not a huge Michael Jackson fan and I wasn’t around when he was in his prime, so unfortunately I didn’t know the majority of songs played. The only songs I recognized were “Thriller”, “Billie Jean”, “Bad”, and “Man In the Mirror.” We left right as “Thriller” began, but that was okay. There were lots of moths who found it funny to swoop down and attack us as the sun set.

That night, I stayed in the twins’ bedroom with my lola. They have two twin beds in their room, and I knew I had to blog something to at least mention that I arrived in LA.

“Just turn off the lights when you’re finished,” my lola told me as I pulled out my laptop.

“I can just turn the lights off so you can sleep,” I said, knowing that I could just use the brightly illuminated screen of my computer.

“You might hurt your eyes,” she said as she pulled the sheets over her.

That was the night I learned my grandma can sleep with every light in the room turned on.