There’s something truly magical about Disney. I’ve always loved that breathtaking way Disney can make you feel like you’re in a different world — their world — whenever you step into any of their Disney properties. I’ve always been (and still am) a huge fan of the Epcot theme park in Disney World. Being someone who loves to travel and experience other cultures, the Epcot World Showcase always felt like a thrilling departure into eleven different countries, even though I wasn’t a fan of the Colonial America area at all.

Honestly, I was skeptical about returning to Disneyland. After all, this was just the Magic Kingdom that I had experienced so many times. After all, I’ve been to every Disney theme park — Anaheim, Orlando, Paris, Hong Kong, and Tokyo — on the planet, except for the unopened Shanghai Disneyland. (It’ll give me a reason to visit mainland China one day.)

Stepping into the Disneyland Hotel brought back those feelings I used to experience when I’d step into a Disney themed location. Honestly, how would you not be happy about a lobby filled with teacups instead of couches? 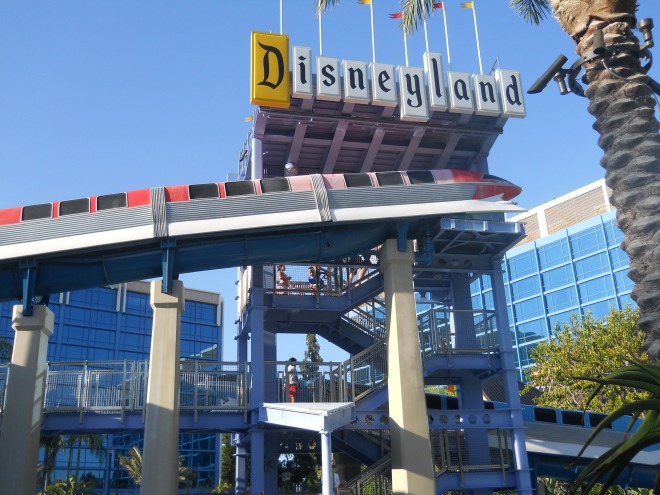 Our room was in the Adventure Tower — there is also a Frontier Tower and a Fantasy Tower. I won’t go into too much detail about the room, but I noticed that there was a quote spread across the two beds:

“A dream is a wish your heart makes when you’re fast asleep.”

My dad and Jude wanted to go to the pool. As I’ve said many times throughout this blog, I’m not a huge fan of swimming (probably because I tend to sink, not float). After some initial prodding, I went to the pool area with them. 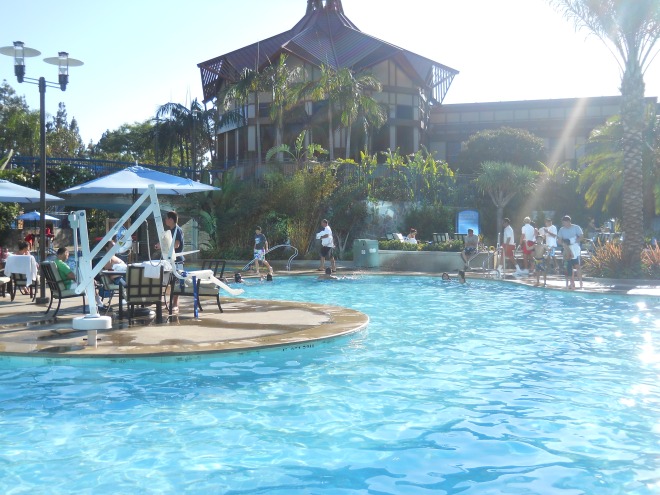 Because we arrived in the evening, the pools were quite cold. I wanted to turn back — swimming in cold water just isn’t enjoyable — but Jude wanted to go to the water slides.

There were two water slides — one red, one blue — that drew obvious inspirations from the Disney monorail. The red slide was longer than the blue slide, although they were both made for children so they didn’t have much of a scare factor at all (unless you’re a two-year-old).

Jude wanted us to go on the red slide. “The blue slide looks too baby-ish.”

My only worry about the red slide was that it drops off into a small pool of water. The blue slide, however, lets you out in the shallow end. Jude couldn’t swim that well at the time, but he assured me that he would be fine.

After going down once, Jude made us go down another three or four times. My dad and I got to freeze in the water over and over! 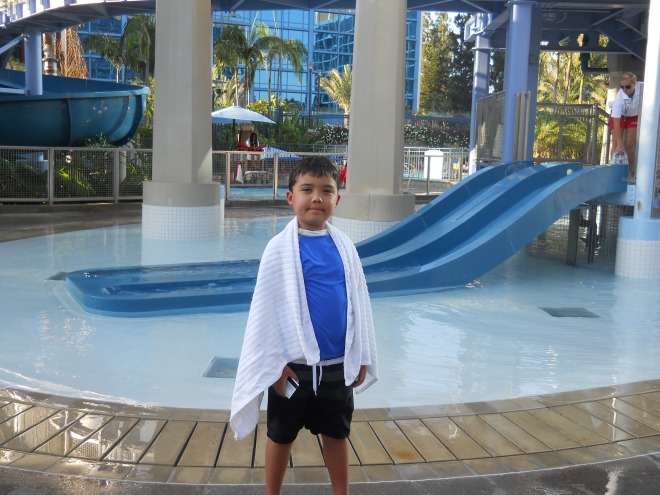 Then we decided to warm up in the large hot tub near the water. Jude, while finding the temperature of the water nice at first, became easily bored and forced my dad to go back on the water slide one last time.

Following a very cold experience at the pool, we decided to check out Downtown Disney. 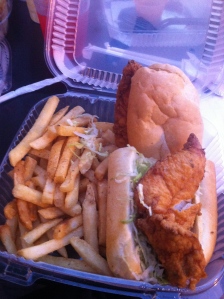 Personally, I think Downtown Disney is just one of the coolest places. While it has the obligatory World of Disney store, it also has places such as Jamba Juice, Sephora, ESPN Zone, a LEGO store, and Wetzel’s Pretzels. Since when does Disney have Jamba Juice sitting around?

I thought it’s really cool how Downtown Disney is full of different types of cuisine. They have American, Mediterranean, Italian, Mexican, and even Cajun-Creole!

I suggested we should go to the Jazz Kitchen Express, a faster version of the “Jazz Kitchen,” which serves New Orleans cuisine.

I ordered the Fried Chicken Po Boy. It wasn’t amazing, but it wasn’t bad either. If I had to rate it, I’d probably give it a five-out-of-ten. 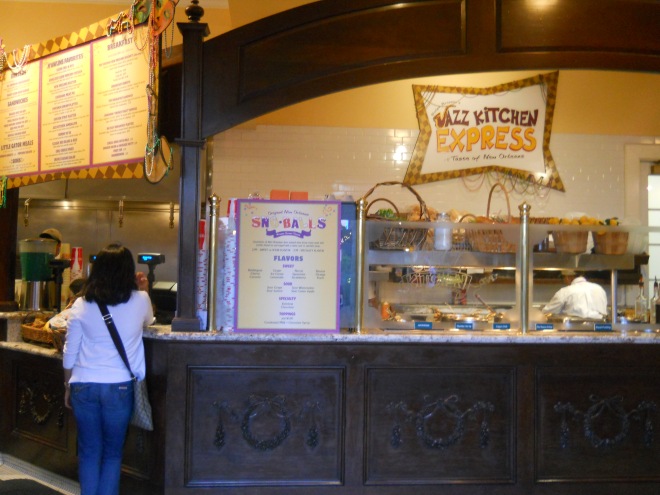 Then I went for the beignets. We got a bag of four beignets and a hot chocolate for Jude and me to split.

So what’s my thing about beignets? In my culinary arts class at DECATS in June, one of the dishes we made were beignets. After hearing stories about Café du Monde’s beignets, I officially added New Orleans as one of the places I want to go someday.

Were the beignets we made at DECATS any good? I would say so. The only difference was that the person on my team who was in charge of frying the beignet dough didn’t care so much for shaping the dough before frying it. (We ended up with awkward beignets that looked like fried chicken.) We also served ours with a chocolate ganache and raspberry sauce, but I guess most beignets are just served with powdered sugar.

I liked the beignets that were served to us at the Jazz Kitchen Express. In no way do I consider myself a beignet expert, but I thought the beignets tasted pretty good! 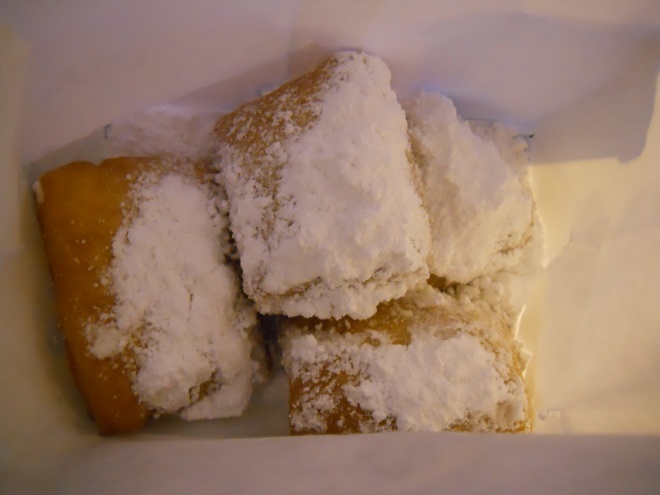 After eating and a little more strolling, we returned back to our hotel room. I plopped down on the bed as we awaited for my Tita Irma to come. Tita Irma works for Pixar, so she was able to get us three Disneyland tickets — we only had to pay for Jude — and that definitely helped us out a lot.

Tita Irma arrived that night after the fireworks finished. It was really great to see her again! The last time I remember seeing her was when she stayed with us in Dallas years ago.