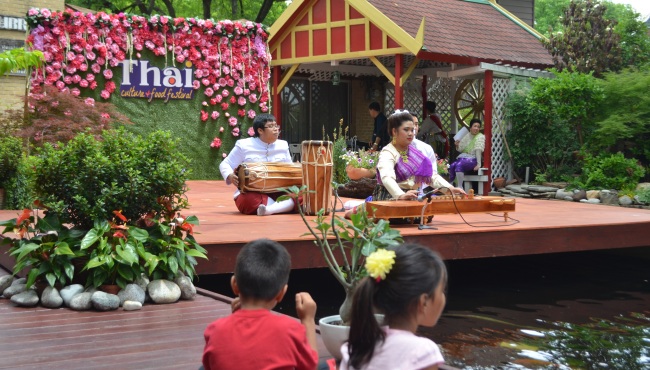 On May 24–25, the Thai community and Buddhist Center of Dallas celebrated their first Thai Culture and Food Festival.

I love when different groups open and share parts of their culture, so it was really exciting to have the Thai community be willing to open up to the rest of Dallas to share their food, music, traditional dances, and even their Buddhist temple. And even though this was the first time the Thai community has held a cultural festival at the Buddhist Center of Dallas, it was definitely a success.

As soon as I walked in, I was surrounded by tons of tents selling all sorts of food.

There was definitely more than enough pad thai and egg rolls to go around, but the most difficult part about it was that the lines were really ridiculously long. I guess just too many people like Thai food? 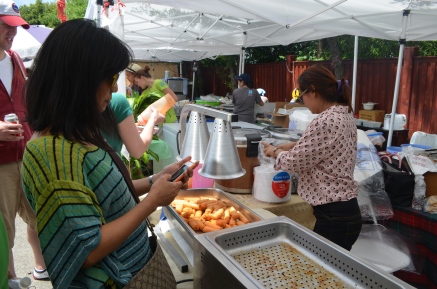 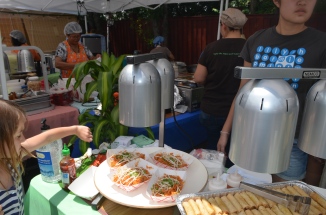 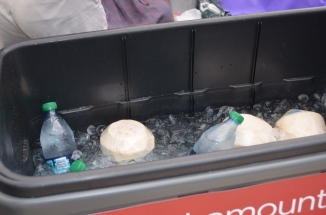 On the drinks side of things, coconut water was a really popular choice. Even though it was kind of expensive ($5), being able to drink out of a coconut is always a ton of fun!

Behind the main entrance to the temple and the food area was an incredibly beautiful pond where some of the other main cultural events were taking place. 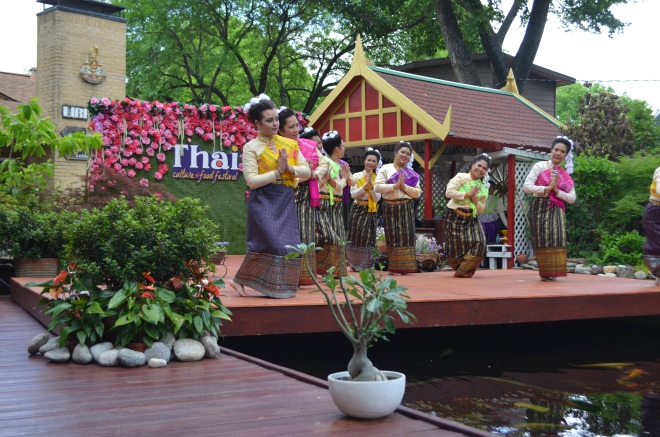 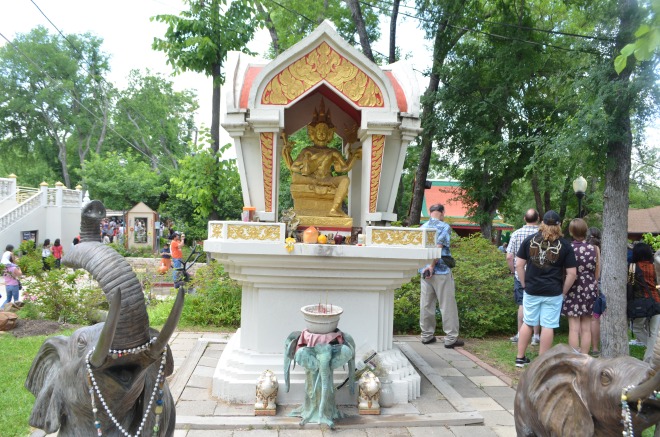 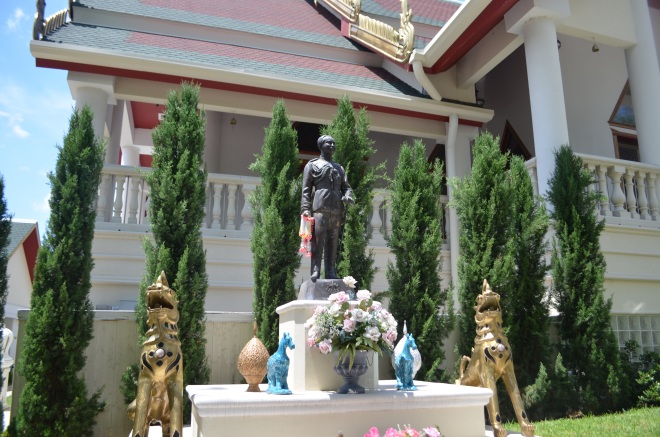 From different dances to singing to even just the scenery alone, it was completely captivating—so captivating that I honestly didn’t want to leave! 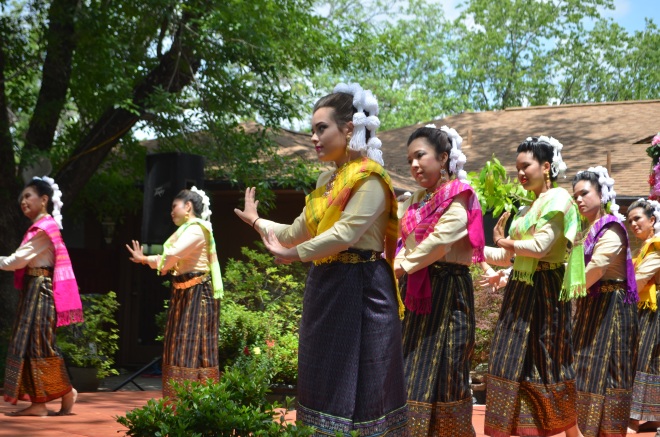 To see some parts of three of the performances, watch the video below!

After watching for a little bit, I left back to the main food area since the Thai boxing match was about to start! Well, actually, I completely missed it because I waited in line to get more food… Oops! What I was told from my parents though was that the strong heat made it too difficult for the two boxers to actually step into the ring.

That was okay, because the next part was visiting the inside of the temple. With excitement, I took off my shoes and entered the inside

I’ve never been inside a Buddhist temple so I wasn’t really sure what to expect. Would it like the many elaborate churches I’ve seen in Europe but just with more Buddha instead of Jesus? What would I feel when I walked in? A sense of peace? Enlightenment? Discomfort?

I’m sure it would’ve felt a little different without all the tourists swarming the temple, but I still felt one thing when I walked in: a sense of awe. It’s probably best if I let you see some of the beauty from within the temple, even though the pictures don’t truly capture its entirety.

Before I left, I felt it would be important for me to have a reminder of my time visiting the Buddhist Center of Dallas and getting a glimpse of Thai culture. Off to the side of the temple, before getting to all the food, was a tent selling different Buddhist goods. These Buddha statues were hand carved in Thailand and each one looked a little bit different. And since it was only a couple dollars, I decided “why not?” Might as well. (Plus I was in the middle of my final exams at the time so I didn’t think a laughing Buddha could hurt.)

I’ve heard that rubbing the belly of a laughing Buddha is good luck. I don’t know if that’s true or if it works, but my little, wooden laughing Buddha statue sits on my desk. I’d like to think it either brings me good luck or motivates me to create good fortune on my own, but nevertheless it’s a visible reminder to me of one of my core beliefs: experiencing the cultures of others is a prerequisite to living a meaningful life.