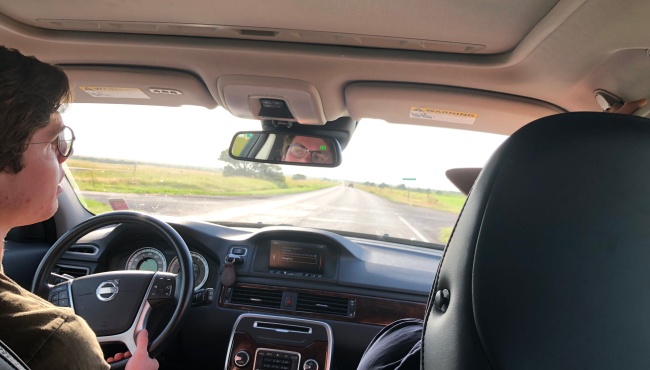 I jolted awake this morning, opened my eyes, and saw a deer head mounted above my head. I turned to my left and realized one of my friends from school was still asleep in the bed next to me. Only one thought went through my head: where the fuck am I?

You’d be surprised how many times this has been happening over the last two weeks. I’ve been sleeping in many different places for the last two weeks straight—Milwaukee, Chicago, Menlo Park, Stanford, Portland, Dallas, now Canadian, TX—with a brief respite from the constant moving by getting to spend four nights in the same bed in Menlo Park. But since then, I’ve essentially been a nomad, traveling across the country with my one travel bag. (Bold, right?) Many days, I wake up in a different city or state, and today, I woke up in rural Texas.

One of my friends from Stanford, Thomas*, and his friend who’s also a Stanford student, Paul*, picked me up yesterday from downtown Dallas after they drove up from Austin, where they’re based this summer. The two of them are filming a short documentary on the Texas judicial system, and since Thomas was one of the students who I was following for my research project, I was planning on coming down to Austin to visit him for a few days, and then I’d get to meet Paul there. 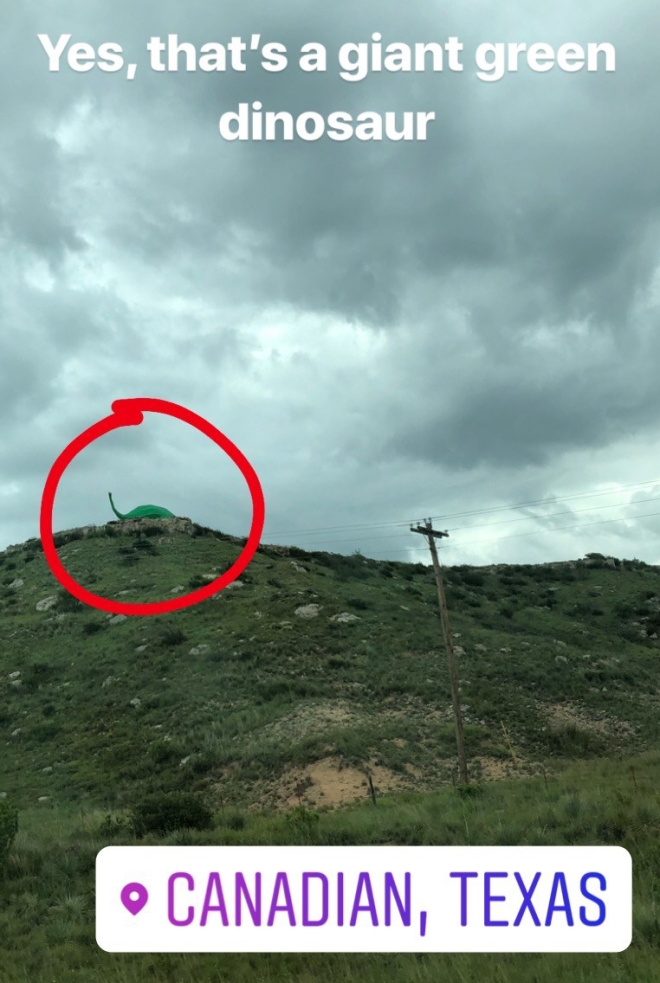 But Thomas threw me for a complete loop at the beginning of July, telling me that they would be going up to Canadian, Texas, in the Panhandle to get some filming done this weekend. And I was invited. I’m not gonna lie—I thought Thomas meant Canada, as in, the country north of the United States, which didn’t make sense at first because I knew the documentary was about Texas. But after a few quick Google searches, I found out that there is indeed a Canadian, Texas.

Today and tomorrow, I’m here in Canadian, a small town of under 3000 people in the Texas Panhandle, about six hours northwest of Dallas. It’s a cute town. Very flat. It has a saloon, which is pretty cool. There was live music there last night, but the second that I saw a man walk in with cowboy boots, a giant belt, and a big cowboy hat, I knew I was a little—okay, a lot—out of my element. We’re not in Dallas anymore! But that was okay, because it was all part of the experience. There is no Starbucks in Canadian (please send me a grande blonde vanilla latte ASAP), but there is a local coffee place where I can feed my caffeine addiction. Last night we had dinner at the Stumblin’ Goat Saloon and this morning we had breakfast tacos elsewhere. Tomorrow, many (most?) places will be closed because it’s Sunday.

I was pretty excited to watch Thomas and Paul set up a location today for filming, but it turns out that setting up to film is actually way less glamorous than I expected. It usually consists of me being their test dummy person as they figure out where to position the camera and the lights. I love attention so that was pretty cool at first, but then I realized I had nothing to contribute in terms of how to actually storyboard or film anything. Oops. Hence me writing this blog post while they brainstorm directions for the documentary.

On another note, this is pretty cool. I’ll be getting to see more of Canadian later as they shoot B-roll in the town, which is pretty genuinely a once-in-a-lifetime experience. And this is an especially exciting start to my third year at Stanford, where my friends have now finally figured out their interests and are getting to do super cool things here at this institution. For example, filming a documentary in my home state!

As I’ve been traveling, I’ve been thinking a lot about the end product of my research. Classical ethnographies from the early twentieth century stemming from the structural-functionalist tradition, such as The Nuer by E. E. Evans Pritchard, tended to be monographs that tried to explain how a society is structured and how it functions, hence the name structural-functionalism. But sociocultural anthropology has moved away from that, for the better, and by the 1970s, the discipline moved towards postmodernism. It began studying concepts, such as gender or the state, instead of trying to create essentializing maps of different groups of people. Ethnography became more reflexive, acknowledging the disruptive role of the anthropologist himself. One of my professors who I adore, Angela Garcia, is a medical anthropologist who taught a class I took on the anthropology of drugs. She pays special attention to ethnography writing and writes beautifully, and her book The Pastoral Clinic: Addiction and Dispossession along the Rio Grande is written in a way that reads more like a story than anything else, mixing in the stories of her fieldwork with her own academic theorizing.

I’m postmodern to my core, and I genuinely don’t believe that the goal is to create a defining, universal work explaining why Stanford students do what they do or how (some) Stanford students get ahead. At the end of the day, I want to highlight the narratives of others. I want to go beyond the ivory tower of academia and write something that anyone can read. Throughout these past two weeks, I’ve been gripped by people’s stories and experiences, I’ve felt engaged with people’s lives, and I think I’ve gotten more insight into the inner workings of the university that I attend and have been existing within for the past two years. I want people to be similarly gripped by the stories of others, to feel engaged, to follow this journey through my eyes as both ethnographer and subject, and to come away feeling like I gave them deep insight into the blackbox of the Stanford University undergraduate experience, especially as that relates to perceptions of social mobility. It’s a tough task, I know; I’m only a twenty-year-old undergraduate embarking on his first fieldwork experience.

When I spoke to two recent Stanford students who just earned their PhDs in anthropology, they told me that the creative nonfiction that I’m inclined towards is inherently political and inherently academic and theoretical. It’s something that I’ll have to continue wrestling with through the end of this summer and throughout the next year as I focus on writing, both while I’m at Stanford in the fall and spring and while I’m at Oxford in the winter. In many ways, the “where the fuck am I” question that I ask myself each day isn’t so much about where geographically I am throughout the country, but about where I am in my thought process as a young writer within anthropology.

And the answer isn’t coming any time soon.