I’ve never really been a big fan of coffee. My dad says it’s an “acquired taste,” but I think I like tea more. My first day in New York was definitely a crazy day, filled with walking, eating, and jaywalking. The weirdest part was that it started raining. I’ve always been a fan of the rain, but I really did not want it to show up in my incredibly short trip to New York. My mom and I decided to go to Harney & Sons SoHo for tea, even though that meant running down the streets of SoHo in the rain.

Harney & Sons is a tea company based in Connecticut with tasting rooms in New York City and Millerton (a small town in New York on the border of Connecticut). The New York City location is placed in the trendy SoHo area, surrounded by cast-ironarchitecture, artists’ lofts, and art galleries. 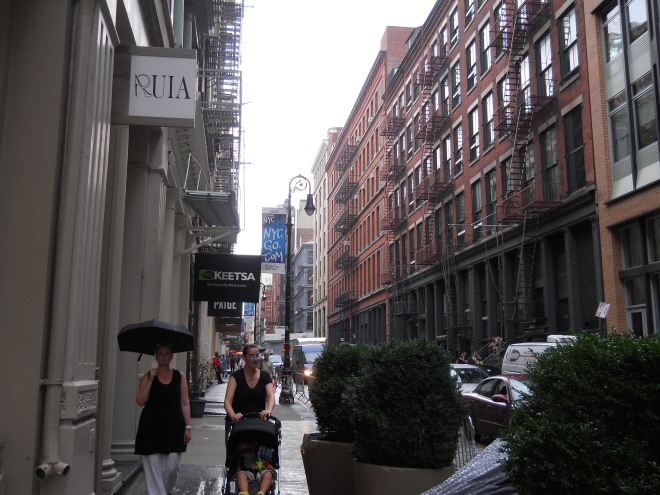