Note: Mesa Grill’s New York location is closed. As of posting, the only open locations are in Las Vegas and the Bahamas

On Day Two in New York, the lunch destination was Mesa Grill, one of Bobby Flay’s restaurants. 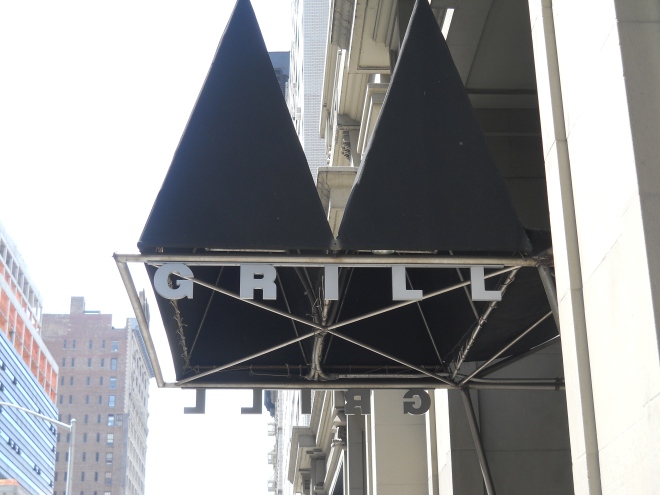 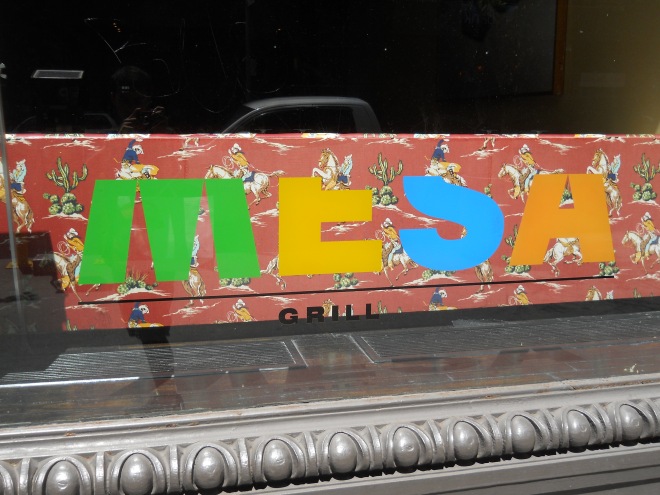 I’m from Texas, land of beef and all things meat. I was actually quite surprised that a restaurant owned by a man well-known for grilling (and Mexican food, which is something else I’m used to) excited me.

There are a few things that made my time at Mesa Grill very significant in my New York journey — first, Mesa Grill was the only restaurant where we, rather my mom, actually ordered from the Restaurant Week menu (which took place between July 16 through August 10, 2012). Second, Mesa Grill had the best service out of any restaurant I went to in New York. I’ll never forget the wonderful waiter we had — he was so personal and friendly, it was great!

On the restaurant week menu was a spicy salmon tartare as an appetizer, wild striped bass as the entrée, and a vanilla bean custard for dessert. I ordered the Mesa Burger — which had the usual lettuce, tomato, and cheese, but also included grilled Vidalia onion, horseradish mustard, and Southwestern fries. 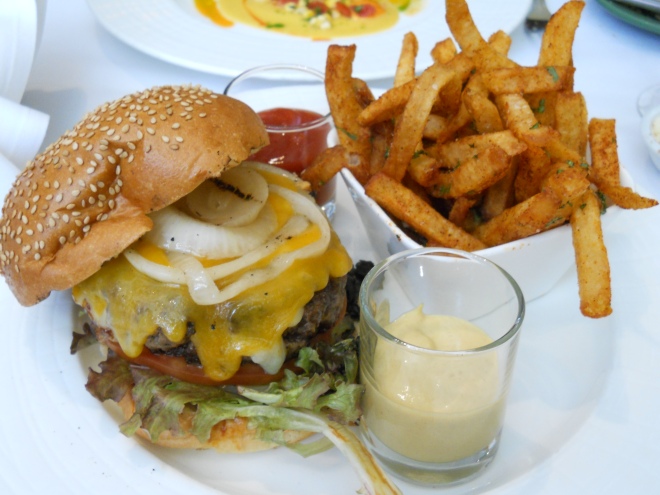 It was actually quite good! It was definitely filling, but I did my best. I’m by no means a “carnivore,” unlike most people I know. Honestly, if the world’s supply of bacon were to disappear, a lot of the people I know would go into a long, spiraling depression.

The Mesa Burger was the only “real meat” we had on our table — the only other thing close to meat was the wild striped bass, which my mom really seemed to enjoy. I can’t say I’m the biggest fan of striped bass, but the visual part of me was definitely attracted to the many colors on the plate. 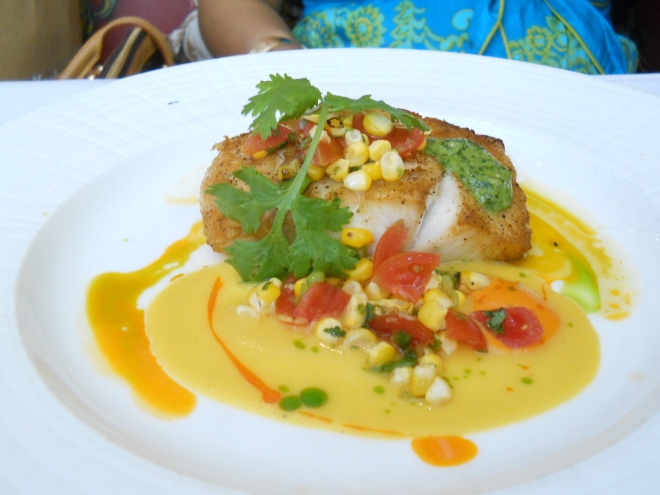 I loved the bright, vibrant yellows and greens included in the plating. If there’s one thing I remember from my Culinary Arts class over the summer, it’s “always plate well.” Before you seduce the tongue, you have to seduce the eyes. I can definitely say the food at Mesa Grill enthralled me — if not for the taste (which was still quite good), it was for the visual appeal. The yellow roasted corn sauce and jalapeño pesto added a nice dash of color, and the charred corn-tomato salsa added to the Latin flair.

I’d have to say my favorite part of the meal was the appetizer: the spicy salmon tartare. It was… really tasty. It helped that the portion was smaller — very different from my giant burger — and my mom wasn’t too unhappy about me sharing with her! 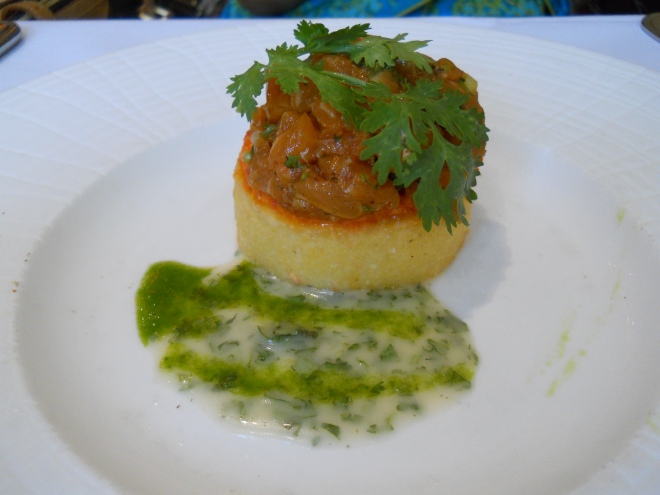 The tartare — finely chopped, seasoned raw fish normally shaped in small cakes — was a new food that I discovered in New York. It’s always been sitting under my nose here in Dallas, but I was always afraid of it. I didn’t know what it was. It was unfamiliar, and I didn’t want to try anything new. But in New York, I was willing.

The tartare was served on a crisp hominy cake, but the piquillo pesto and cilantro vinaigrette gave it most of its flavor.

We ended the meal with the vanilla bean custard. 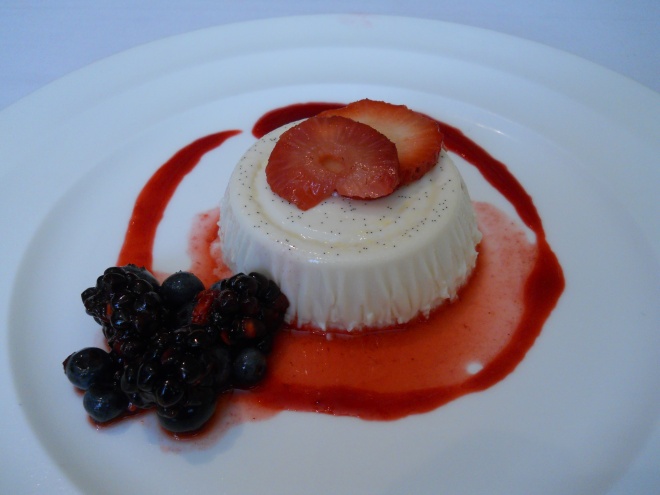 The custard was served with a berry salad and sauce, leaving the palate cool and refreshed. Refreshing. That’s definitely the word to describe this vanilla custard, its sweet taste mixed with the succulent, sour taste of the blackberries and the raspberry sauce.

Leaving Mesa Grill, I felt stuffed, content, and happy — probably the same feeling a fat kid feels after eating a big ice cream sundae. I’m actually surprised I was able to walk at all when I left the restaurant!