I’ve actually never been much of a Harry Potter kid. By the time I was really old enough to start reading the books, the Harry Potter movies were already in to the fourth or fifth one, so I felt like I missed the boat on that one. Plus, I’ve never been much of a “magic” kind of person—unless you’re talking about Disney magic—and my mom didn’t like the first movie because it was boring (the first movie is probably the worst).

In eighth grade, I decided to read the first Harry Potter book, just because. I secretly enjoyed it, even though the unicorn blood stuff at the end weirded me out. When my brother  wanted to read a new book series, I recommended for him to read the Harry Potter series in all its magical goodness.

Because my brother read 4 out of the 7 books, his prize was a trip to the Wizarding World of Harry Potter (a.k.a. Harry Potter World), located in the Islands of Adventure—one of the parks at Universal Orlando. 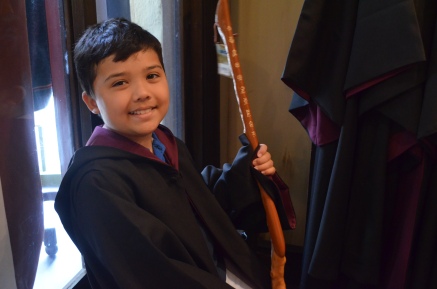 My brother tries out a Harry Potter robe and wand!

The restaurant: The Three Broomsticks

Inside the Three Broomsticks 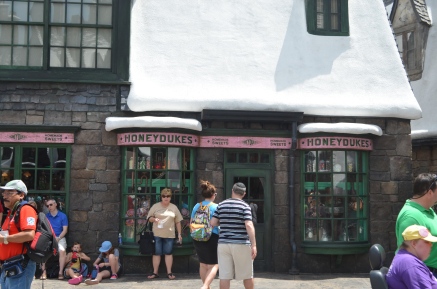 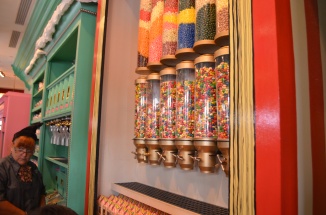 Lots of candy in here!

Any flavor jellybeans, anyone? 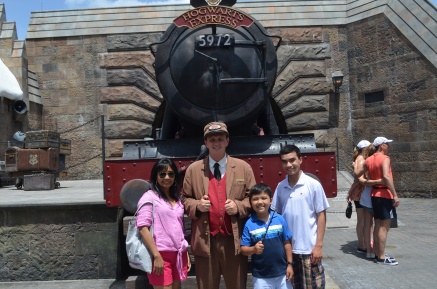 Mom and the Castle

Me, my mom, and Jude in front of Hogwarts Castle 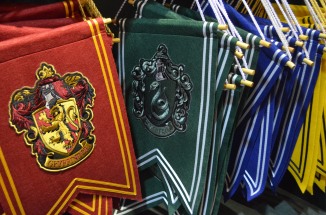 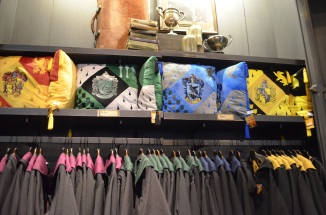 Check out these Harry Potter souvenirs!

There were a couple very noteworthy parts of Harry Potter World.

First, the Hogwarts Castle ride was a ton of fun! I honestly felt like I was flying around Hogwarts—it’s definitely worth the wait!

Second, the Butterbeer. Butterbeer tastes sort of like cream soda, except with more of a whipped cream on top. My brother and I had a lot. If you want to experience the taste for yourself without having to go to Harry Potter World, you can have something that tastes quite similar at your local Starbucks! More details about that are on my most recent post on Bok Choy and Broccoli.

Third, even if you’re not a huge Harry Potter fan, it’s definitely worth going. You’ll still enjoy it too! 😀

Right now, my brother is on the seventh (and final) book! Personally, if I had more time, I’d like to pick up from the second book again and start reading it. Maybe over the summer?

3 thoughts on “The Boy Who Lived: Adventures from Harry Potter World”