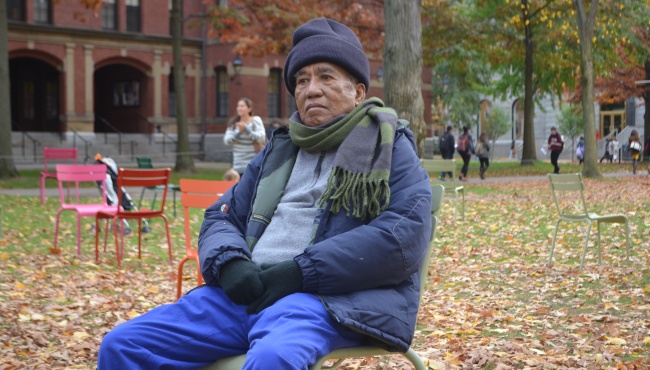 They say if you rub the foot of the John Harvard statue, you’ll have good luck. 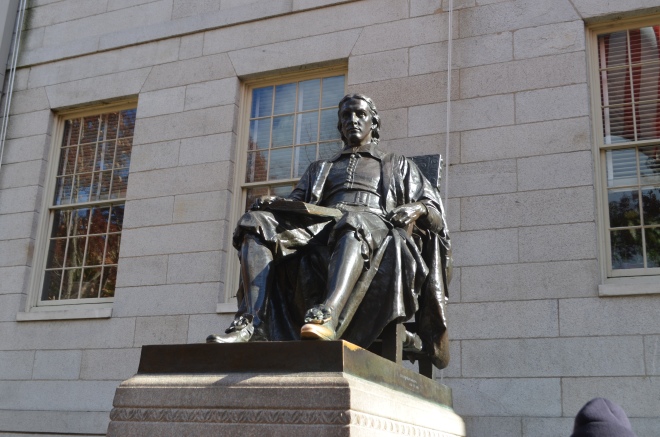 The foot of the statue is cleaned daily because of the many tourists that touch it every day! (And other things…)

And for good reason! Harvard University has an admissions rate of less than 6 percent, a number that makes it one of the most difficult colleges in the country to get into.

I first visited the crimson-colored campus in November of 2013. It was my first time seeing the warmly-colored Boston leaves—the only “warm” thing in the city, aside from the Starbucks and Dunkin’ Donuts on every street corner. 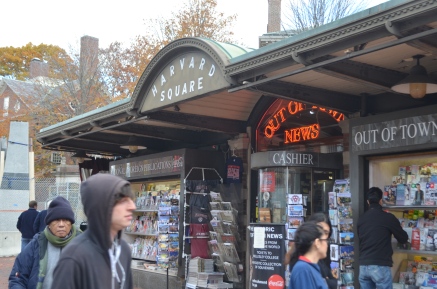 Another side of Harvard Square

I’d always imagined that, if I visited, I’d see Ivy-coated walls and lots of people wearing glasses (because that’s obviously a sign of smartness). I didn’t end up seeing any Ivy-covered walls and most people didn’t wear glasses. But I did find something else instead.

I found a university that I would love to be a part of one day, someday.

Annenberg Hall, the freshman dining hall with a strong resemblance to the infamous Hogwarts dining hall since it was modeled after Oxford University’s.

Like Columbia University, Harvard had this strange instant appeal after stepping on campus—something I didn’t actually expect because I was already head-over-heels for Columbia! But after hearing about the academic and social opportunities available to me at Harvard—from a Hogwarts-esque house system to a wide range of concentrations (their term for majors) in everything from biochemical engineering to Sanskrit—I fell in love a second time. (For the record, I do still very much love Columbia as well, but the polyamory has come on strong for this one.)

Students dancing in front of the Science Center

It’s not just the academics and the campus life that keeps Harvard in a special place in my heart, though. It’s what happened to me when I was on campus.

I ventured on my trip to Boston (and nearby Cambridge) with my mom and my grandma and grandpa on her side, a trip I didn’t realize would be my last time seeing my grandpa.

Years of smoking had taken a toll on him, so he had a lot of difficulty walking quickly. Because of this, my mom and I had told him that it might be best for him to not go on the tour with us and instead to find a warm place where he could sit and wait so he didn’t have to walk as much. He reluctantly agreed, but by the time we got on campus, his stubborness got the best of all of us and he ended up with everyone on the tour.

An entrance to Harvard Yard 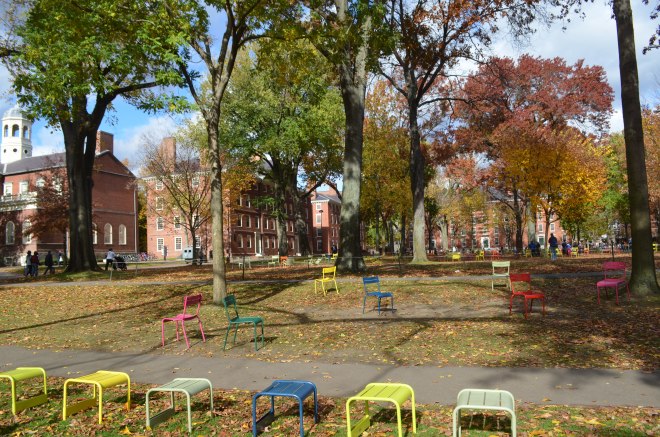 He made it through the whole thing, from the Q&A with admissions officers to the long walk across the campus, seeing everything from the science buildings to the Memorial Church. And when we were still with the admissions officer, he went up to her and told her, “You should come visit us in Tuguegarao in the Philippines! And my grandson will be applying to this university in a few years.” (She said she was glad I was considering applying and that he was safe from Typhoon Haiyan/Yolanda, but she didn’t have any plans to go to the Philippine provinces. Not yet anyway.)

We finished the tour in the middle of Harvard Yard, the central point for most freshman dorms. My grandpa, who already had tried so incredibly hard to keep up with my mom, grandma, and me (and our tour group!), decided it was finally time to rest, so amidst the actual Harvard students, he grabbed a chair and sat down. 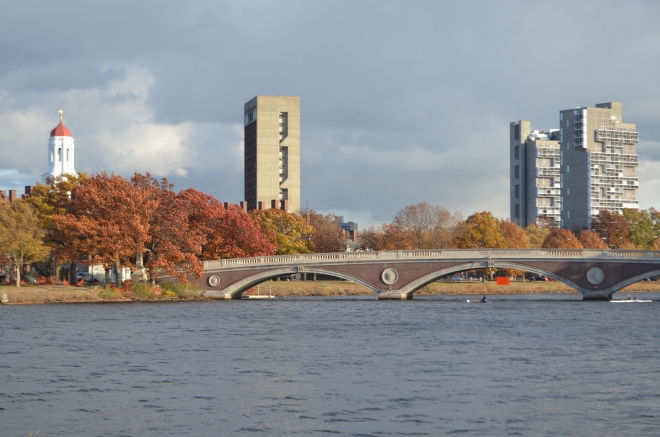 Across the Charles River

A class building in Harvard Yard

“J,” he said, taking short, quick breaths as if he had just finished the Boston Marathon. “Take a picture of me in front of Harvard.”

I pulled out my camera and squatted in a way only amateur teenage photographers blessed with DSLR cameras can, trying to find a nice angle to take a picture of him from.

Click. It was an okay picture, but it was good enough for my grandpa.

“You know, it’s really hard to make it in!” I said, admittedly scared away by the difficult admissions process I had just spent an hour hearing about from an admissions officer.

But for some reason, my grandpa believed in me. He believed in me more than I ever did. He believed that I could somehow beat the odds and be a part of the Harvard College Class of 2020. He always said that he just knew I could do it, that it’s where I belong, and if I keep working hard, I’ll for sure make it!

I’m not expecting too much for this December, the month I’ll find out whether or not I get into the Harvard Class of 2020 through its early action program.

But all I know is that if I’m lucky enough to be part of the 6 percent, Grandpa will visit me. In Harvard Yard. All the time.